The order system is in Dutch. Questions about products or orders? Send an email to info@just-classic.com. 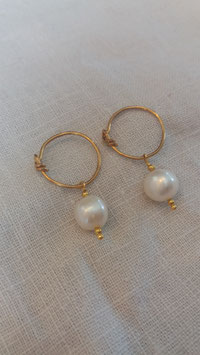 These Roman earrings consists of gold-filled wire and gemstones pendants. This type of earring was very popular during the imperial till the Late Roman period.  The last three images show original archaeological finds of these earrings and their depiction on a portrait from Roman Egypt.

Available in real natural gemstones: pearls, carnelian, lapis lazuli and amethyst. Other colours and gemstones are available at your request (use the contact form to enquire after customisation). 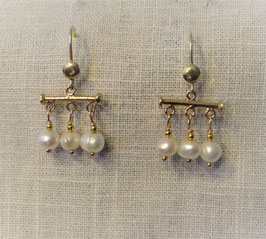 This type of Roman earring was popular in the Roman Empire during the first and second centuries AD. Examples of these earrings have been found in portraits from Roman Egypt, Palmyra (Syria) and archaeological finds from Pompeii. These bar-earrings could sport 2, 3 or even 4 pearls, depending on the wealth of the lady in question. Image nr. 2 and 3. They are named 'crotalia' earrings since this was the name given to them by Roman author Pliny the Elder on account of their ticking sound as the pearls move against each other. 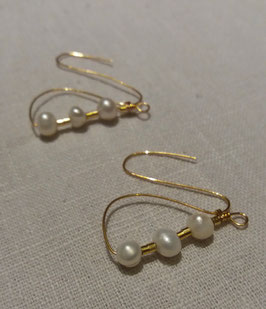 These earrings have been named after their current place of exhibition: The Victoria & Albert museum in London (image 2). These earrings also feature on a portrait from Roman Egypt (image 3: Musée du Louvre, Paris).

The unusual S-shape of these earrings was a common safety-element in Roman jewellery: they prevent the earring from slipping out from the ear.

The earrings costist of gold-filled wire and fresh water pearls. 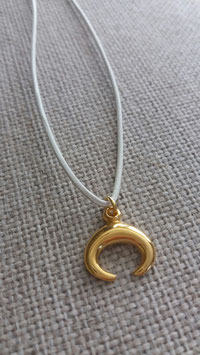 Lunula pendants were worn by many Roman girls and women as a protective charm (images 3-5). It is the symbol of Diana/Artemis, the goddess  of the hunt, the moon and childbirth and therefore the protectress of women.


This product includes the pendant and the gilded chain. The pendant is 18 mm wide. 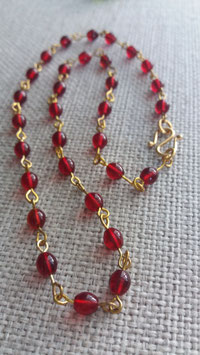 Carbunculus was the Latin name for both rubies and garnets. Like all other valuable gemstones, the much beloved garnets were imitated in glass by the ancient Romans. Their proficience in imitating gemstones is remarkable and it made jewellery affordable for the great mass of the population. Glass was used for many purposes: windows, posh tableware and jewellery. One of many examples of glass bead jewellery can be found in the British musuem (image nr. 2).

This necklace consists of glass beads in a deep red wine colour and gilded silver chain links, closed by a gilded S-hook. 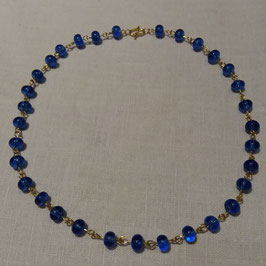 These necklaces are availabe in blue, green glass and red (see product below) beads. Glass beads were colored in order to imitate expensive gemstones such as lapis lazuli, emeralds and garnets. These glass beads were more affordable than real gemstones and have been found as archaeological finds in great quantities, thus attesting to their popularity throughout the Roman Empire. The Romans perfected the production of glass and were the first culture to use it in tableware and windows. The last image is an archaeological example of the popular linked necklace type, now on display in the British Museum. 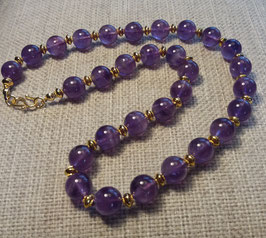 This necklace consists of amethyst and gilded spacer beads. The Romans imported these beautiful purple gemstones from across the known world: modern-day Afghanistan. Amethyst shared its second place with garnets as Roman ladies' favourite gemstone.

The beads are 10mm in diameter and all metal elements are gilded. If purple is not your favourite gemstone have a look at the bottom of this page: it is also available in rock crystal and carnelian. 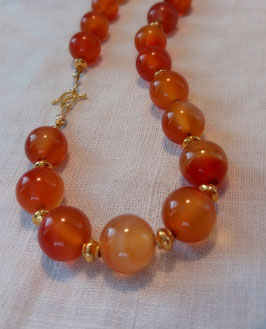 
Carnelian was imported from far beyond the borders of the Roman Empire. Its principal sources were located in India: a long way by camel and boat. The efforts of the merchants was reflected in their price and rarity. Carnelian is a relatively soft gemstone and was often engraved and set in signet and amuletic rings.

This necklace consists of natural carnelian beads, 12 mm in thickness, and Designer Quality metal beads. The clasp is gilded.